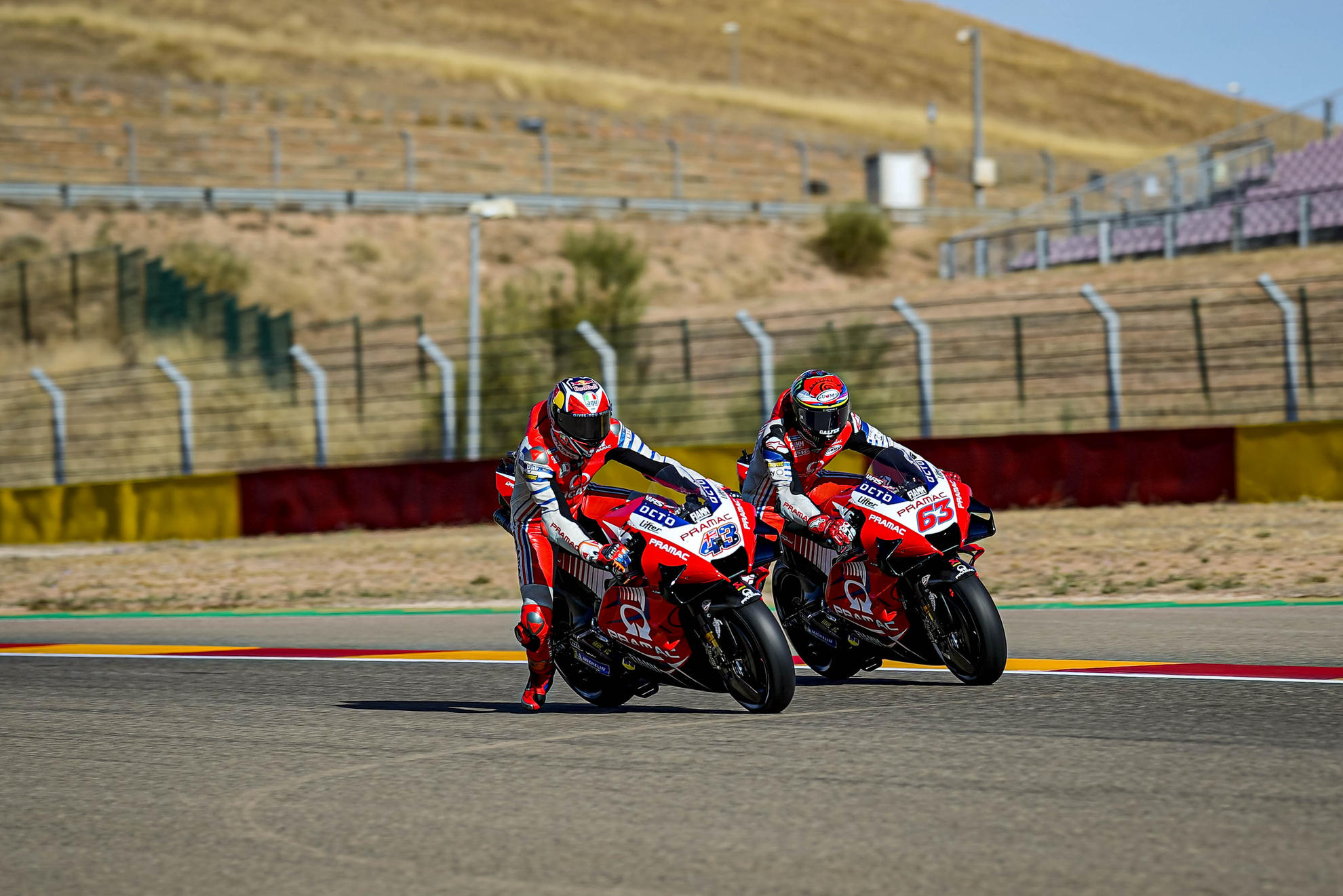 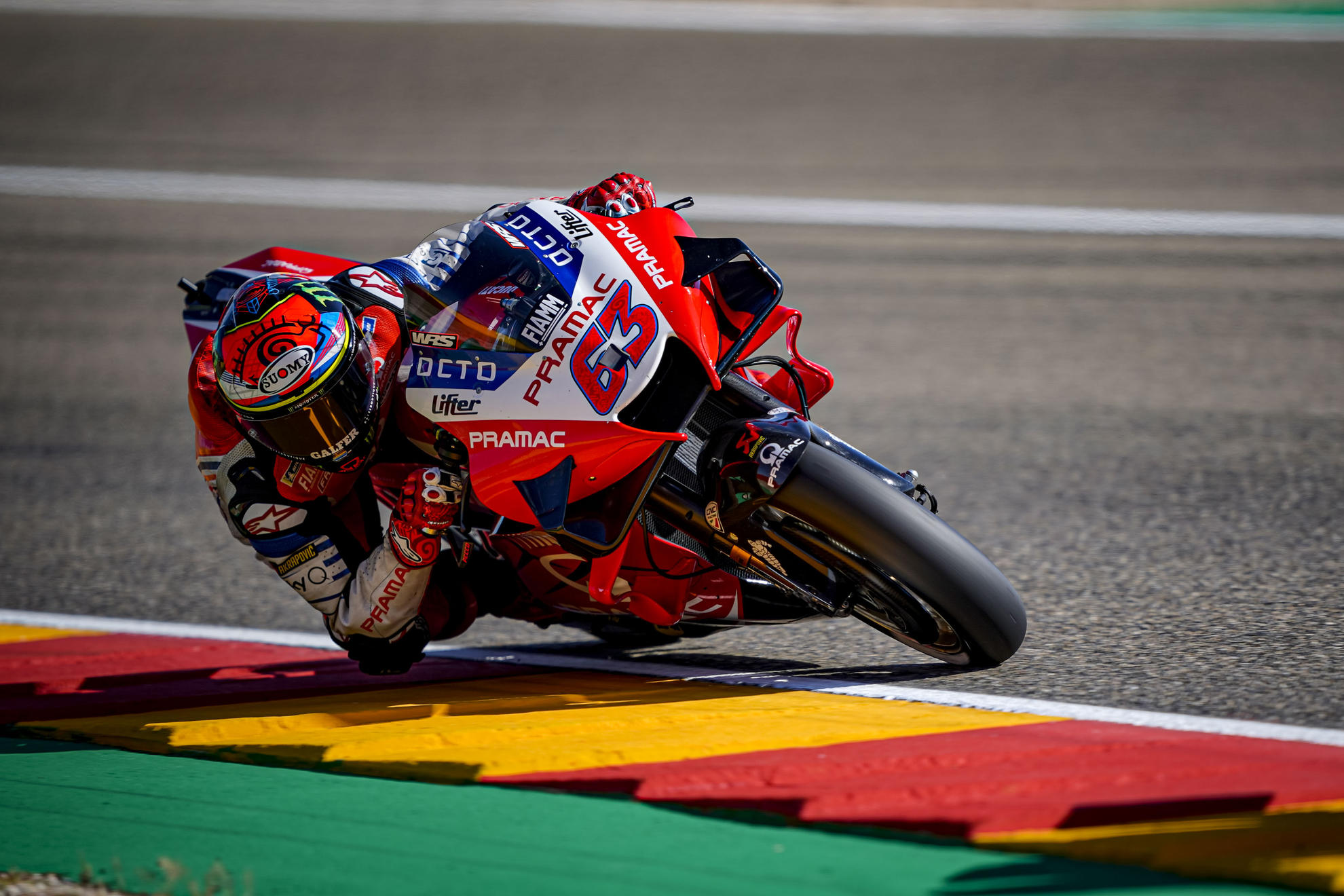 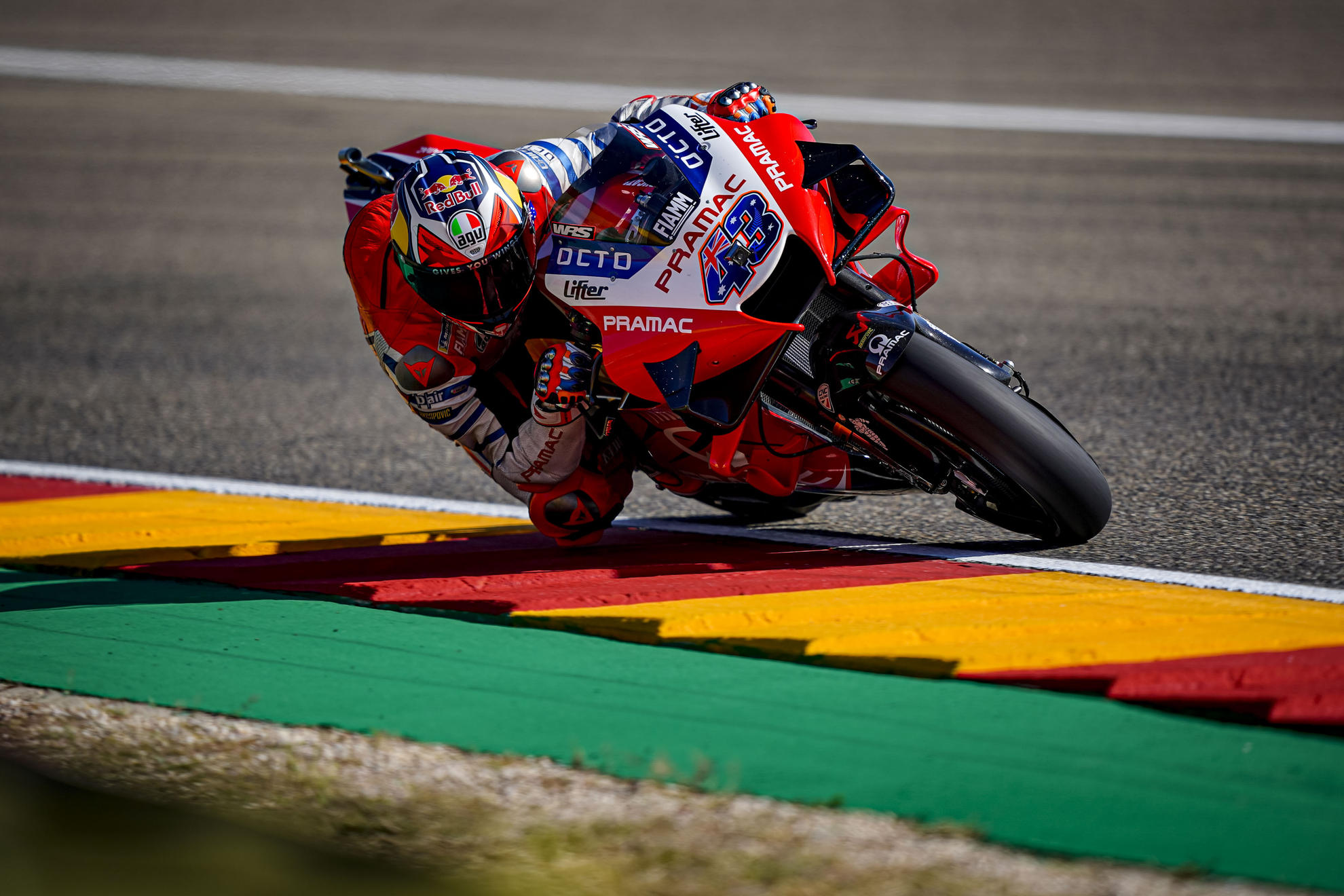 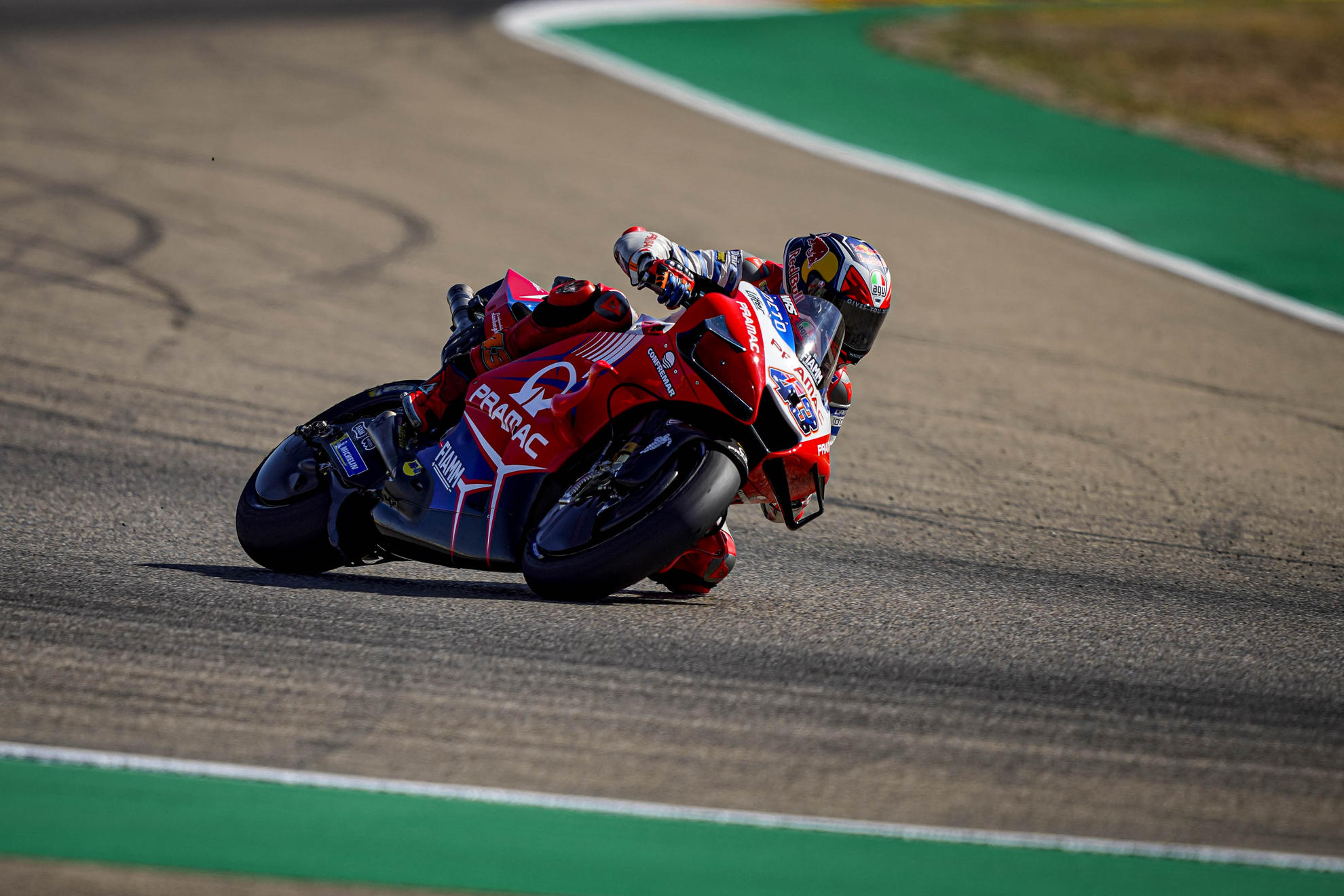 The first of two race weekends have ended at MotorLand Aragon, Jack Miller closed in the Top Ten, while Pecco Bagnaia was forced to retire after a crash.
Jack started well and managed to stay in the leading group for the first half of the race and was part of several duels. Unfortunately, a lack of grip did not allow the Australian rider to have a race pace to fight for the podium, and finally he finished in ninth position.
It was a difficult Sunday for Pecco, when after finally having found a good feeling and confidence with the bike, a crash at turn five on the third lap ended his race prematurely.

Pecco Bagnaia
I’m sorry because I finally found the right feeling, I felt good and unfortunately crashing after only 3 laps is always bad, I’m sure we could have made a good recovery.
When I crashed, the feeling was that someone had touched me but actually from the data it seems that the gear did not go well, we will try again next week.

Jack Miller
Definitely not the result we wanted but we did everything we could.
It was not a bad race, but I had no grip and it was very difficult to keep a fast pace until the end.
Anyway, next week we will race here again and with the data we have hopefully we can do better.